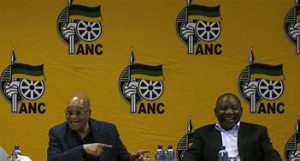 The state’s salary bill is consuming money that the country needs to keep going, with regular increases while unions are demanding larger portions. Yet the private sector and white people of the country are regularly scapegoated for the country’s problems.

Everyone knows this and the government recognizes it and makes promises to act. Yet nothing good happens. The government’s salary bill currently accounts for 34% of the national budget. This means that R340 out of every R1 000 spent by the government goes towards salaries.

The private sector actually contributes to job creation and the expansion and promotion of the country’s economy. The state does not. It may be time for the state to start looking at the private sector when it comes to governance and personnel matters and getting its house in order.

Attempts by the Department of Public Service and Administration to combat public service fraud and corruption by prohibiting officials from conducting business with any public institution are welcomed, though that should actually be a given.

Progress with the Office of Standards and Compliance in the Public Sector is also welcomed, but it goes without saying that one would expect the state to deliver work that complies with the prescribed rules and standards.

Another major problem is a total lack of accountability. The reason for this can be sought in political framework appointments.

The treasury is empty. There are no more reserves and the country cannot continue in this way. Rules and regulations must be applied. Laws are not mere guidelines.