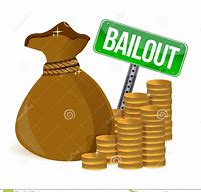 The state-owned bus company Northwest Transport Investments, which transports more than a million people a day, is seeking a bailout of R350 million.

The transportation of hundreds of thousands of commuters mainly in the North West and Gauteng provinces and more than 1,600 jobs are at risk due to the financial distress of parastatal Northwest Transport Investments (NTI).

The 46-year-old company – which owns Northwest Star, the Star Line, and the Atteridgeville Bus Service – has applied to the North West government (its sole shareholder) for a bailout of more than R350 million, NTI chairman, Mojalefa Nale, confirmed to Business Insider SA. The company has outstanding debts of about equal to that amount.

In August, a high court judge placed the company into provisional liquidation, after an application from Driveshaft Baleka, which is a Pretoria-based company that rebuilds and manufacturers propeller shafts.

It was owed R890,000 by NTI, which Nale says that the company has since settled.

The high court is expected to rule in January whether the company must be placed into final liquidation. NTI owes the South African Revenue Service (Sars) at least R27.8 million at the end of October, according to a document in Business Insider South Africa’s possession.

According to an analysis by the Democratic Alliance (DA), NTI needs at least R20 million a month to sustain its current services. Due to the lack of resources, more than 300 NTI buses were broken down and could not be repaired, the DA said.

Nale declined to speculate about what would happen to NTI if the company didn’t get the money it was seeking from the North West provincial government.

The reason for its financial distress is that the company’s subsidy funding model from the government did not cover the entity’s costs, he says.

The transport company, which has more than 1,600 employees, moves about 1.5 million people daily, 7.7 million weekly and 34 million people monthly, he says. However, a source close to the company says that NTI transported closer to 1.05 million people last month.