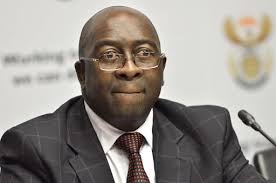 Jacob Zuma did not give Nhlanhla Nene any reason why he was fired from his position as finance minister in December 2015, but instead presented Nene a “fabricated” job offer.

This is according to Nene’s testimony before the commission of inquiry into state capture on Wednesday.

During his testimony before the commission — chaired by Deputy Chief Justice Raymond Zondo — Nene detailed his unceremonious dismissal from treasury during a meeting with Zuma that took only “two or three minutes”.

Nene’s name was first raised in the commission during the course of former deputy finance minister Mcebisi Jonas’s testimony in August.

Jonas alleged that during his time as deputy finance minister he attended a clandestine meeting in October 2015 at the Saxonwold residence of the politically connected Gupta family. During the course of the meeting, Gupta patriarch, Ajay, allegedly offered Jonas the position of finance minister and a R600-million bribe in exchange for his co-operation in the family’s business affairs.

Nene was the finance minister at the time. On December 9 2015, he was fired from the position.

According to Nene, during the meeting in which he was informed of his dismissal, Zuma raised the establishment of the African Regional Centre of the Brazil, Russia, India, China and South Africa (Brics) New Development Bank.

The then president pointed out that a “senior, high-ranking individual” would need to be deployed to the centre.

The Brics countries had signed an agreement establishing the bank in 2014.

Speaking in isiZulu, Zuma said: “We discussed this matter with the top six, and we agreed that we should put you there.”

Nene told the commission that Zuma made “no mention of any other reason for my removal”. He did not question Zuma any further.

“It is obvious that my deployment to the Brics bank was a fabrication,” Nene said.

He added that Zuma had no authority to offer him the position, “nor could such an appointment be considered at that stage, at least without due process, which also involves other member Brics countries”.

“In any event, I already held the position of governor at Brics, a position more senior than that to which I was being ‘deployed’,” Nene said.

“Needless to say the offer did not materialise and the position remained vacant until I returned as minister of finance and appointed the current holder of the position.”

Nene was re-appointed as finance minister by President Cyril Ramaphosa in February 2018.