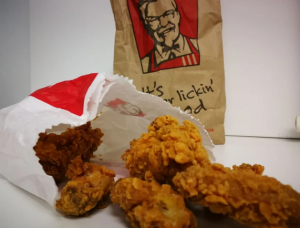 It is alleged that the man, supposedly a student, posed as an inspector from head office.

Over the past couple of days, South African Twitter has been abuzz following a tweet that reported that a South African man conned KFC.

According to reports on social media, the man was a University of KwaZulu-Natal student who got free meals at various Durban franchises by posing as an quality assurance inspector from the company’s head office.

The story caught the attention of various international news sites, including CBS News in the US and The Daily Mail Online in the UK, who have reported on it.

“Any unauthorised individuals posing as KFC team members in our restaurants and head office would have been picked up immediately.”

Many on Twitter, believing the story to be true, have hailed the mythical man a hero.

Business insider
This report does not necessarily reflects the opinion of SA-news.