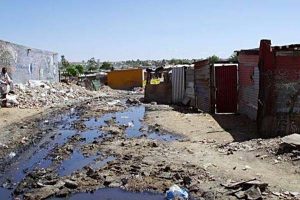 Mzansi has hit rock bottom and the ANC GOVERNMENT is the cause of this all.

Nearly every minister in the ANC Government has been involved in corruption , bribery and mismanagement of taxpayers funds. Unemployment is the highest it’s ever been in the history of our country, our education dept has run out of funds and crime is out of control.

People have been put into power who earns millions a year but are as dumb as s***, fuel prices has never been so high, VAT is up, taxes are rising, land grabs are falsely touted as the ‘save all’.