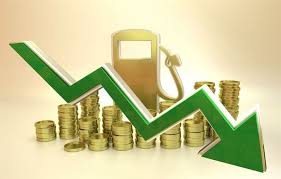 Well, who saw this coming? Petrol prices across South Africa are likely to be slashed next month, with some motorists set to pay less than R15 per litre.

After almost a year of agony at the pumps, our economists come bearing some surprisingly-pleasant news: They believe petrol prices in South Africa are set for one of their biggest decreases in history.

Before the Central Energy Fund confirmed the optimistic forecast on Wednesday, industry bigwigs suggested that SA was on course for a “massive” relief.

Writing in her “oil notes” feature for the company website, chief economist Annabel Bishop claims that R1.50 could be slashed from every litre of petrol sold in Mzansi, marking a spectacular turning of the tide.

Despite wildly-varying predictions, November saw the end of seven-consecutive fuel hikes in Mzansi: But citizens were left wanting more as the government opted to freeze the price rather than announce any decreases.

Why oil prices are falling
It’s been a hectic couple of months for the crude oil market, but one’s misfortune is another’s gain. The price for a barrel of oil has slumped to almost $65, compared with $85 in September.

What is more, The Organization of the Petroleum Exporting Countries (OPEC) are saying that an “over-supply” of oil has been created, as demand for the commodity has decreased sharply over the last eight weeks or so. With supply up and demand down, it is set to cheapen the price of oil dramatically.

Mike Schussler, the founder of economists.co.za, also confirmed that a major decrease is on the cards. He told us that motorists might even expect to see more than R1.50 slashed off the value of their petrol.

Schussler points to the recently-imposed American sanctions on Iran for creating this breakthrough. He states that the 15 countries part of OPEC were keeping the supply constrained, but measures taken against Iran still lets them ship oil to some large markets for the time being.

Petrol prices for December 2018 – What South Africans could pay:
If these early estimates are correct, then the petrol prices are going to be a wonderful sight for our sore eyes. Inland regions would be paying around R15.59 a litre, whereas coastal regions could even slip below the R15 mark – a R1.50 decrease is likely to see the price settle at R14.99p/l.

After months of gradual increases, it looks like we’re going to end 2018 with a little bit of sanity. The Central Energy Fund confirmed the overwhelmingly positive news, and went on to say that diesel and illuminating paraffin are also set to drop by almost R1 per litre:

“The main driver of lower prices has been an accelerating decline in international oil prices, which have trended downwards since the beginning of this month.”

“The picture has been helped along by a modest improvement in the Rand / US dollar exchange rate.  The current data predicts a massive drop of R1.54 per litre for petrol, with diesel dropping by 92 cents and illuminating paraffin by 85 cents.” – Shared by the AA.