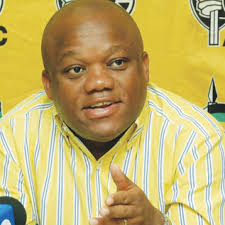 ANC KwaZulu-Natal chairperson Sihle Zikalala has told the Moerane Commission into the killing of political office bearers that apartheid-era operatives must share responsibility for the current wave of political killings in the province.

Zikalala, who is set to address to commission again on Friday, has argued that many of the killings are a result of the legacy of apartheid colonialism and the culture of use of violence to oppress Africans.

Zikalala has given evidence that more ANC members have fallen victim to the violence because of its majority in society and in government.

‘’Apartheid colonialism has bequeathed our country, and certainly more so KwaZulu-Natal, a sad culture of violence,’’ Zikalala said.

Zikalala said the ANC had always been ‘’gravely concerned’’ by political violence and its members and leaders had been a target since the 1980s until today.

‘’These killings are clearly taking a shape that illustrates a complex mix of political decay, social and moral degradation, criminality and deadly competition for economic or financial resources and control,’’ he said.

Zikalala said that the role of apartheid-era operatives who had been part of the ‘’Third Force’’ responsible for running state-sponsored violence, had to be investigated.

Zikalala said the contestation for power was a major contributor to the killings, which were related to corruption, among other factors. Careerism in political office meant that jobs in local government, and council seats, were seen as a ‘’soft landing towards self enrichment.’’

‘’Incumbents will want to hang on to public office by hook or by crook because they have no career outside public office. Others will work hard to remove the incumbents so that they also get the positions and get closer to state resources,’’ Zikalala said.

He also pointed to KwaZulu-Natal’s history of using izinkabi (hit men) to settle political and taxi industry disputes had continued and had become part of political contestation at local government level.

Zikalala said the role of hitmen had been highlighted in taxi industry investigations, but that they seemed to still be operational in the ‘’space’’ of local government.

Faction fighting and an inadequate transformation of the security forces had also impacted on the level of killings, as had ‘’external forces.’’

‘’We have noted that where there are political tensions, some external forces move in to complicate the situation. We may not at this stage exactly characterise these external influences as the notorious Third Force of our apartheid past, but all the same, we are ill-equipped to rule out its hand, perhaps in new forms. This is seen in the pattern of the killings that occur without distinction,’’ he said.

Zikalala said the prosecution service had not delivered in dealing with many political killings, with far too many witnesses being killed and evidential processes being tampered with.