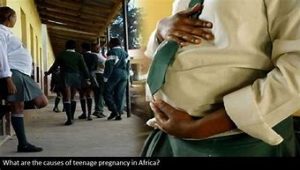 “Sexuality education in schools should focus on pregnancy prevention in schools but also awareness needs to be raised in communities,” DA MP Chantel King said.

King made the statement following a report in Independent Media on Friday which showed that the number of teenage pregnancies has increased in the 2018-19 financial year to 124 628 births, including those school-going children still at primary school level.

KwaZulu-Natal, Eastern Cape, Limpopo and Gauteng are leading the pack with the high number of teenage pregnancies.

This was revealed by Basic Education Minister Angie Motshekga in a written response to a parliamentary question from King.

King had asked Motshekga the number of pupils who fell pregnant between June 2018 and June 2019 and their age groups.

She had also enquired about provinces in which the pregnancies were recorded.

In a written response released this week, Motshekga furnished King with data from the Department of Health which contains births given by teenagers at health facilities.

The data is captured on the department’s District Information Health System (DHIS).

King said another way of tackling teenage pregnancies was that the vetting of teachers should seriously be made a priority to ensure that girls in schools were not coerced into an uncomfortable situation.

She also said close cooperation between the departments of health, police and social development should be encouraged to alleviate teenage pregnancies and abuse.

“Teenage pregnancies occur due to various reasons, however, girls should not suffer in silence and speak on abuse and peer pressure,” King said.

“To ensure this is successful, schools in collaboration with social development and psychology departments at higher education institutions can create this platform to psycho-social services.

“Comprehensive sexuality education (CSE) has not really been successful in ensuring a decrease in pregnancies, therefore, we will be keeping a close eye on the pilot project for CSE,” King added.

According to the report released by Motshekga, KwaZulu- Natal has the highest number of teenage pregnancies among the age group between 15 and 19 at 34 482 followed by Eastern Cape 16 742, Limpopo 16210 and Gauteng 14501.

Among the teenagers aged between 10-14 KwaZulu-Natal came tops at 989 followed by Mpumalanga 590, Eastern Cape 425 and Gauteng 41.

Watch video on the UNESCO / Planned Parenthood scheme to increase abortion through sex-education: