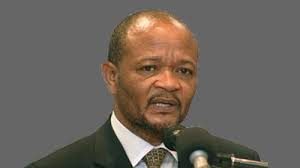 Mchunu, who was fired as premier after losing the November 2015 elective conference to current chairperson Sihle Zikalala, made the explosive disclosures at the Moerane Commission into political killings in KwaZulu-Natal.

The elective conference outcome was declared unlawful by the high court in Pietermaritzburg last week.

Mchunu told how up to 10 candidates would attempt to become the ANC councillor-elect in a single branch because of the benefits that came with the post. A culture of “our turn to eat’’ has developed around council posts, with business people lining up to control the councillors and so benefit from municipal contracts.

At the same time, processes were manipulated by the dominant ANC faction, with candidates chosen by communities during the legitimate process being left out and replaced by a candidate close to that faction.

Describing the manipulation as a “highly involved rot” Mchunu said candidates were removed from the party lists because they “are not in a particular faction’’.

At branch level, factions would exclude their opponents by changing meetings times and venues without informing them and “bouncers’’ were brought into to physically intimidate people or remove them from meetings.

Branch membership lists were tampered with, meetings that did not quorate were declared legitimate and those that did quorate were closed down and called off.

Deployment was also abused to ensure that meetings took a predetermined direction and came to a particular outcome. People were expected to use their “assumed power’’ to control meetings and outcomes, to “use our brains and power regardless of counting”.

Mchunu said that from 1996 to 2011 there had been outbreaks of violence at election time between parties. After 2011 violence “has taken a new turn’’ and become a phenomenon ‘’within and around the ANC.’’

Earlier Mchunu traced the history of the political violence to the 1980s and 1990s, saying was driven by the apartheid state machinery which capitalised on differences between the United Democratic Front/Congress of South African Trade Unions alliance and the IFP, then known as Inkatha.

Political activists were targeted for assassination while communities which identified with the UDF and later the ANC were invaded, with mass killings taking place right up until 1996. Thereafter a combination of focused policing and a peace process involving the political parties and civil society had brought the killings to a halt.