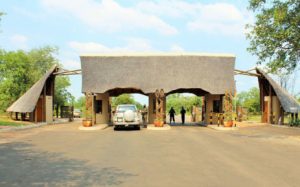 The South African National Parks (SANParks) has confirmed a bomb has been discovered at the Kruger National Park (KNP).

Two people found hiding underneath a railway line have also been arrested.

It’s understood the bomb squad was called to the scene earlier on Friday and identified the device as a pipe bomb which was then detonated.

SANParks says the bomb was not a homemade device but seems to have been manufactured and purchased through legal means.

Spokesperson Isaac Phaahla said: “It also indicates that the anti-poaching campaign is taking a turn for the worst as poachers get desperate to get their hands on our natural assets by all means, even if it means maiming or killing another human being.”