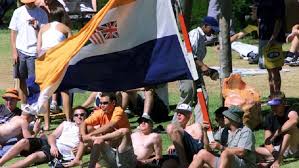 Much divergent response was received after the Equity Court on Wednesday ruled on the display of the old South African flag, saying it amounts to hate speech in some contexts.

We previously reported that Deputy Judge President Phineas Mojapela found that the unfounded display of the old flag is not protected under freedom of expression. Mojapelo says waving the flag is divisive, painful and goes beyond hate speech: it’s harassment.

This means that the unfounded display of the flag, for example at a sporting event, is prohibited. Its display is still allowed in, for example, museums and academic contexts.

The Nelson Mandela Foundation (NMS) filed the application with the Equity Court and the Human Rights Commission (HRC) was the second applicant in the case.

The foundation said after the ruling that all South Africans had reason to celebrate the decision. “Our country needs to heal the wounds of the past. To do this, we must acknowledge what happened and not shy away from history, but look at it and call it what it is.

“It means looking at our history and calling apartheid a crime against humanity and a gross violation of human rights. If we deny what happened, history will haunt us forever, ”the NMS said.

Ernst Roets, Head of Policy and Structures at AfriForum, said there should be clarity on the line between freedom of speech and hate speech. “Our concern with this matter from the outset was that a ruling in the NMS’s favor would not serve the purpose it intended, since state regulation regarding freedom of speech usually leads to greater problems.”

He said AfriForum is still open to discussions on national issues.

The Restored National Party said to Afrikaners the flag is a symbol of order, civilization, progress, freedom, respect for cultural differences and a Christian order.

“The flag that the ANC imposes on us is a symbol of tribulation, murder, disorder, decay, cultural trampling, racial hatred and an anti-Christian order. As far as the Afrikaner people are concerned, this is hate speech and represents statements like ‘Kill the Boer’, ”said Louis van der Schyff, HNP general secretary.

The Afrikanerbond (AB) said the display of the old national flag was controversial, but that the decision opened the door for other symbols to be suppressed. “Some people see it as a symbol of history and Afrikaner heritage, while others see it as a symbol of apartheid and white supremacy,” said Jan Bosman, AB secretary general.

“Crime, corruption, state hijacking and economic collapse do happen under the current flag. Removing the symbol does not solve the problem.

“To be a South African nowadays requires a greater attitude of space and understanding, of respect and responsibility. Our South African diversity demands this from us. Similarly, we must also understand and respect each other’s history. To limit the display of the old flag, people are set against each other, instead of bringing people closer together. ”