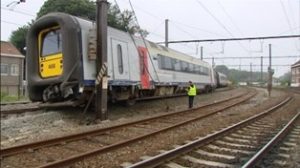 Chaos broke lose when a train in Vereeniging derailed and had to use trains from other routes to avoid delays.

Metro Rail’s train service in Vereeniging was so badly interupted that the trains that had to leave later were advised to use alternative routes,

No injuries were reported, but the cause of the accident is still unknown, although there are allegations that untrained personnel, and negligent mistakes made, are responsible for the derailment.

Later it was confirmed that no trains could enter the Vereeniging station, and the trains that had to leave Vereeniging could not move either.

Five trains were scheduled to depart from Vereeniging to Germiston, which resulted in hundreds of workers not arriving at their jobs on time.