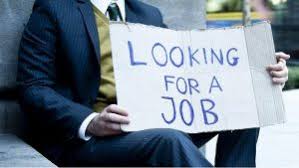 Mining houses and corporate businesses are accusing Eskom for the high unemployment rates since their pathetic service delivery is causing uncertainty in the economy.

Several institutions announcing in recent weeks that they would need to start retrenchments, unemployment has increased alarmingly rapidly and even greater retrenchments are provided.

The uncertainty caused by Eskom in the supply of electricity has forced many mining houses to generate self-sufficient power, but which is far more expensive than using the national power supply.

Eskom is also accused of being directly responsible for the poor economic situation and the fact that foreign investors are not interested if power supply cannot be guaranteed in South-Africa.

Unemployment has now reached the 29% level, which is the highest in history, and employment is estimated at 52% according to figures applicable for December.