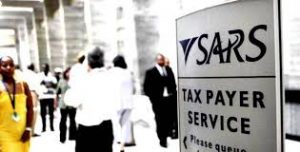 Pranesh Maharaj and Reuben Moodley were both caught red-handed with cash bribes of R100,000 in brown envelopes during a police operation in March last year.

The two men, who both resigned from Sars during a disciplinary hearing last year, were sentenced in the Durban Regional Court on Thursday last week.

The court also sentenced them to an additional two years’ imprisonment, conditionally suspended for five years.

“The two auditors acknowledged that they had issued a notice to a well-known KwaZulu-Natal businessman in February 2018, advising him of an imminent audit of companies where he was a director.

“During a follow-up meeting, they solicited a bribe of R200,000 from him ‘to make his tax problems disappear’,” Sars said in a statement.

Later that day, Maharaj contacted the businessman, asking for an advance payment of R10,000, which was duly paid.

Maharaj did not inform Moodley of this arrangement. The businessman then reported the matter to the police.

“A decision was taken to set up a police trap in terms of section 252A of the Criminal Procedures Act. The businessman provided the cash, which was divided into two envelopes, each containing R100,000.”

Police pounced on the duo after the businessman handed them the envelopes in the parking lot of a bank .

“We have a zero tolerance for dishonesty and unlawfulness. As we forge ahead on a path of restoring a culture of integrity and service excellence in our institution, we would like to assure citizens that Sars will take harsh measures against employees who betray the public trust,” he said.

– Herald Live
This report does not necessarily reflects the opinion of SA-news.