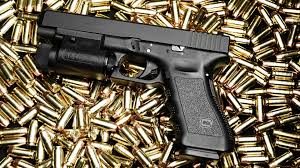 The South African Police Service (SAPS) has ‘lost’ more than 9,5 million (9 555 426) rounds of ammunition over the last six financial years. During the same period, 4 357 firearms were also lost.

These shocking figures were revealed in an answer provided by the Minister of Police, Bheki Cele, in response to an official parliamentary question posed by Dr Pieter Groenewald, leader of the FF Plus.

The question to the Minister was what number of firearms and how much ammunition in possession of the police were reported lost or stolen in each province respectively.

These figures are shocking and totally unacceptable, particularly as regards the loss of ammunition. It is incomprehensible that more than 3 million rounds of ammunition can go missing in a province during a single year and nobody knows how it happened.

No wonder violent crime is out of control. The police service seems to be the biggest provider of illegal ammunition.

President Cyril Ramaphosa and the Minister both regularly make statements about the need for stricter control of firearms. Minister Cele himself said that the government wants to impose stricter conditions for the possession of firearms for self-defence in an attempt to reduce violent crime, especially murders.

It, however, does not help to blame the legal owners of private firearms for crimes that are committed with firearms. The Minister’s Department should get the blame. A firearm without ammunition is useless.

The measures that the Minister provides as remedial steps in his response are no more than the standard rules and procedures, but clearly these are not being properly enforced.

The FF Plus will request the chairperson of the Portfolio Committee for Police to urgently discuss this matter in the Committee and the relevant people must be held accountable.

The FF Plus insists that heads must roll seeing as this amounts to gross misconduct against the people of South Africa.