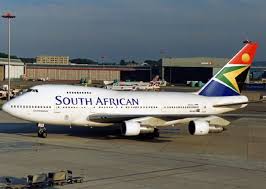 SAA director Martin Kingston resigned from his post, and the move was welcomed by the communist-minded Numsa union as well as the trade union Sacca.

The two unions also said the rest of SAA directors should follow Kingston’s example and submit their resignations.

Kingston’s resignation comes after Bloomberg said in his report there is no reason why the director should be on the board.

Kingston apparently decided to resign when the company was placed under rescue because of the extremely poor results being delivered.