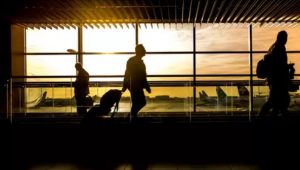 The Department of International Relations and Co-operation has confirmed the arrest of South African woman Nokuphila Mtshali, 34, who was arrested in Mauritius while smuggling drugs hidden in her vagina.

According to Lexpress, a news website in Mauritius, Mtshali was arrested at the airport by officers from the Anti-Drug and Smuggling Unit and the Customs Anti-Narcotics Section of the Mauritius Revenue Authority.

The website said the woman was arrested last month with 528 grams of heroin hidden in her vagina.

The law enforcement officers arrested the woman, who later co-operated in a sting operation, where two Nigerian men – Endubuisi Samuel Ebielonwu and Eze Collins – have since been arrested.

Dirco spokesperson Lunga Ngqengelele said the department was in contact with Mtshali’s family and was aware of the incident in question.

“We are offering consular services to the family,” he said. These services would extend to the family being able to travel to Mauritius to see Mtshali.

He said the department would also be keeping contact with Mtshali.

Law enforcement authorities also seized cellphones, drugs and money. The three accused have been charged with drug dealing with aggravating circumstances and importation of drugs with warning of trafficking at the Bail and Remand Court in Mauritius.