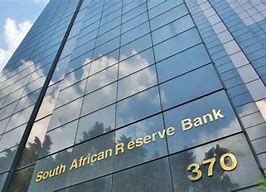 The SA Reserve Bank’s worst-case scenario, which would see the country’s economy lose 1.1 percentage points in growth and lead to the loss of 125 000 job opportunities, is fast becoming a reality.

The central bank’s latest forecasts predict that the economy will sacrifice 0.4 percentage points in GDP growth if Eskom’s availability factor declines to 65% for a few months.

If the power station fleet staggers to 60% availability, the expectation is that 1.1 percentage points will be lost.

Up until last week, Eskom had only been able to deliver 63% of its installed capacity.

The past week saw a historic low for Eskom, with the ailing state-owned enterprise being forced to implement stage 6 load shedding (rolling blackouts).
The current wave of rolling blackouts is the fourth time that extensive blackouts have occurred in South Africa since 2007.

It is not yet known what the availability figure over this period was, but it is expected to be significantly lower than 63%.

In stark contrast, Eskom’s turnaround plan requires the availability figure at this point to have been in excess of 70%.

Maarten Ackerman, chief economist at Citadel, said that when the Reserve Bank published this model in April, everyone hoped that it had merely represented the bank’s worst fears.

The forecast was based on a situation where load shedding would continue for a period of six months.

The current wave of rolling blackouts is the fourth time that extensive blackouts have occurred in South Africa since 2007.

The last one took place during the period between November 2018 and the end of March this year, with 26 days of load shedding.

He said the damage to the economy was so bad that South Africa was unlikely to avoid a recession this quarter.
The current situation means that growth estimates for 2020 will be revised downward from the 1.4% that the Reserve Bank previously predicted, to about 1%

“Whether we are talking about a recession or whether we have a good quarter here or there is irrelevant, because the consequences for the economy are equally serious. South Africa needs a series of consecutive quarters of economic growth.

“Growth must gradually increase and must exceed population growth of 1.3% a year in order for the country to make any progress.”

Professor Raymond Parsons, an economist at North-West University’s business school, said the economy would battle to grow by 0.3% this year.

“The damage to growth prospects for the fourth quarter has already been done and will probably spill over into 2020,” said Parsons.

The current situation means that growth estimates for 2020 will be revised downward from the 1.4% that the Reserve Bank previously predicted, to about 1%, he said.

If the effect of load shedding on big power consumers such as mining and manufacturing, and their exports, is taken into account, the pressure on the economy is clear.

Eskom’s industrial clients, which include mines and large factories, were initially instructed to reduce their use by 10% on Monday night.

But when stage 6 load shedding kicked in, Eskom – for the first time ever – instructed them to reduce their electricity use to “essential consumption”.

According to Piet van Staden, the former chairperson of the Energy Intensive Users Group, this meant that mines were unable to use any electricity over and above that which was required to keep people safe.

Mines were still allowed to pump water and maintain ventilation, for example, but could do little more.

Agricultural producers are also concerned about the negative effect power cuts are having on energy-intensive and irrigation-dependent activities.

The table grape and fresh produce industry is particularly susceptible to these power cuts because storerooms and cold rooms are dependent on electricity, said Willem Bestbier, CEO of the SA Table Grape Industry, a member of AgriSA’s chamber of commerce, adding: “Thousands of job opportunities and gross export services of more than R7 billion have been instantaneously placed in jeopardy.”