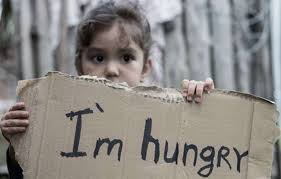 According to Statistics South Africa (SSA), we need R561 to buy food with just enough kilojules to avoid starvation. These households that earn less than the amount are considered as South Africa’s “food poverty line”, or the extreme poverty line.

The amount of R810 is described as the bottom poverty line and you can buy just enough food for yourself, as well as your particle contributing to household expenses in a household living on the food poverty line. This while R1 227 is the amount that puts you at the upper limit of the poverty line.

Network 24 reports that SSA has been issuing a poverty line annually since 2012. The amount is calculated based on the food that many poor households use. The food basket includes very basic foods, such as cornmeal, brown bread, chicken (including head and legs), canned sardine, potatoes, tomatoes, onions, instant coffee, soup powder and sugar.

The aim of the poverty line is to measure extreme poverty in South Africa. It’s not based on things like the national minimum wage or state allowance, SSA emphasizes.