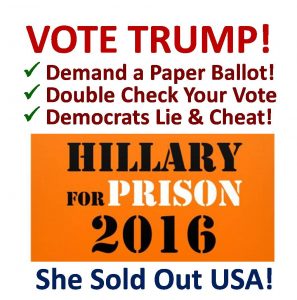 SA-News predicts a Trump win for the same reasons as BRexit won. Globalism kills and people secretly don’t want it. Embrace the change.

The similarities between BRexit and this year’s American Presidential Election are striking. They were both about the Establishment versus the people. In fact all general elections, in the West at least, will have this theme at their core for years to come. The people have put the Establishment Elites on notice.

Next year’s General Elections in France, Netherlands and Germany will be all about leaving the dictatorial corrupt EU. If you do not give people a referendum, they will make the General Election a referendum. Something the current occupation governments of European Nations States should heed.

Just like BRexit, there was a spike in Wall Street yesterday as the FBI dropping the one case against Hillary gave them a false indicator.

The fact that the polls are skewed towards the democrats is going to make this election an even bigger shocker than BRexit. We expect Trump to win with a single digit but comfortable margin.

Three things the polls do not and cannot take into account are:

Firstly, people are scared to admit they will vote Trump for fear of castigation from militant liberals. People are tired of having their intelligence insulted and being castigated to by cry baby Social Justice Warriors with their fweelings on theirs sleeves. It is OK to vote for Trump, it is your right.

Secondly, immigrants are very quick to turn around and defend their new borders. Now that they, and their extended family, have won the lottery and landed safely in the land of opportunity, the last thing they want is to have to share this prosperity with hordes of 3rd world migrants.
This is exactly what happened in BRexit with largely Asian cities like Birmingham voting to leave. This is already happening in US Election as ALL the major campaigners and their proxies were campaigning in Michigan yesterday.
Michigan is a clear democratic stats and has been for years. It also has a large muslim and Asian population in places like Dearborn where no go areas have developed.
These migrants however will vote for stronger borders. Liberal really are out of touch.

Thirdly is the disenfranchised vote. People voted in BRexit who had not voted for decades. (It took 40 years before Brits were even given a say on joining the EU). This hidden army of voters, which polls cannot count, has already started appearing in postal votes. Many of these are white working and middle class people who have at last been given an opportunity to vote for someone who shares their values and have thus come out in numbers. Some people in their 60’s who have NEVER voted are coming out to vote. That is sobering!

Trumps massive rallies, up to 5 a day, with an even larger audience streaming in online, have illustrated this clearly.

People are also tired of corruption and the Establishment Elites being above the Law. What Hillary has gotten away with has sent many to jail. The collusion and manipulations and corruption and bribery revealed by Wikileaks over the last few months has exposed this beautifully and has validated Trump in so many ways.
So often in this cycle people have had to say Trump was right.

The minority which is no longer a minority, the African Americans, which also traditionally vote Democrat are also shifting because inner cities have failed under the democrats and Trump has offered job protection. The theft of jobs by Globalists has largely caused inner cities to fail. They too are unhappy with their jobs being stolen by migrants.

Much like blacks in South Africa who say that mandela sold them out to the New World Order, so are many African Americans.

A Trump victory will have a major impact for freedom loving people worldwide and will hopefully reduce the US Gov hegemony and world supremacy allowing for greater freedom in political expression as opposed to enforcing their false democracy on other nations (as Putin often indicates).
Sadly however, the UN will probably be taking over the role of Globalist enforcer with rumours the NWO poster boy, Obama, going there.

There are over 150 Nations without a State who are not given the opportunity to even experience democracy, all being suppressed by regional centralist powers. Like South Africa with 12 nations trapped inside it.
The fact that the UN is not promoting development and establishment of New Nation States, after all the world population is increasing rapidly, is proof they are just an arm of the Globalist One World Order and a World Government in waiting… 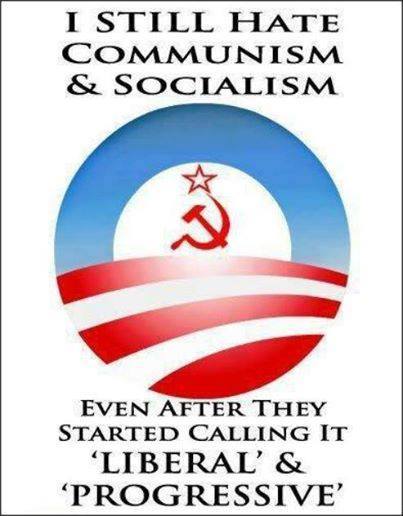 See also: World Supremacists Gather at United Nations to plot Final Solution for Global Domination and destruction of all nations, all cultures, all religions, all races into one!