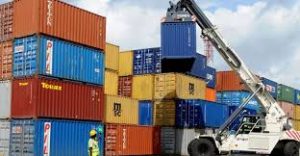 The United States is threatening to kick SA out of its tax-free export agreement which could lead to job losses and economic disadvantages.

The threat comes after it became known that the ANC’s president would sign a bill.

Cultural groups have apparently urged Cyril Ramaphosa not to sign the Copyright Amendment Bill, as the US threat could be implemented, meaning at least 1,200 workers would be left without a refuge.

The signing by Ramaphosa will mean that South Africa will lose an R12bn loss on exports to the US, something the country can hardly afford.

If SA were to be removed from the US preferential list, it could also cause the country’s exports to fall drastically, which would now be highly undesirable in the current economic climate.