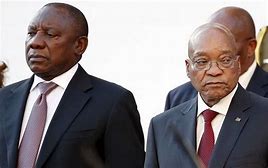 According to Sakeliga’s CEO Piet le Roux, the political risk is currently worse than during Jacob Zuma’s reign. In a poll, 25% of respondents indicated that they were already moving portions of their operations to foreign ‘ports’.

A further 24% intend to “relocate” within the next three years. This diversification is seen as a hedging strategy.

Le Roux says that Ramaphosa’s hopes, plans and rhetoric are losing steam and that his term is characterized by social instability, riots, deteriorating business conditions and discriminatory policies such as Black Economic Empowerment.

Political analysts also point out that of all the many jobs that will be created, and the many foreign investments that would come in, just now come from, and it is striking how quiet the president has become over the business