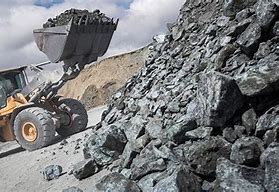 Joint venture partners Glencore and Merafe Resources could cut up to 665 jobs and have started consultations with workers at their Rustenburg ferrochrome smelter.

The potential layoffs highlight the risks posed to Africa’s most industrialised economy by struggling state power utility Eskom, which is struggling with breakdowns at its coal-fired power plants and is mired in a financial crisis.

They also pile more pressure on President Cyril Ramaphosa’s government, which is trying to contain 29% unemployment.

Joint venture partners Glencore and Merafe Resources could cut up to 665 jobs and have started consultations with workers at their Rustenburg ferrochrome smelter.

“The consultation process is as a result of deteriorating operations and market conditions across the South African ferrochrome industry, including unsustainable electricity tariffs and interruptions, cross-subsidies and real cost inflation,” Merafe said in a statement.

“The Rustenburg Smelter has suffered material financial losses which are expected to continue for the foreseeable future,” the statement said.

The Rustenburg smelter has an operational capacity of around 430,000 tonnes of ferrochrome a year.

Samancor, a private company, produces more than 1 million tonnes of ferrochrome – used to make stainless steel – per year, according to its website.

Trade union Solidarity puts the number of job losses in the country’s manufacturing sector last year at more than 7,000.