China and South Africa have reached an agreement to work towards enhancing both countries’ economies and lending each other political support.

The agreements were signed during Zuma’s state visit to China intended to showcase South Africa’s economy and explore business and development opportunities.

The agreements are expected to lead to more transactions between the two countries.

Other critical elements are believed to provide easy access to each other’s markets and working together to improve multilateral institutions such as the World Bank and the International Monetary Fund (IMF).

Both leaders also agreed that as members of the Brazil, Russia, India, China, South (BRICS) grouping, they will act as the world’s economic engine. 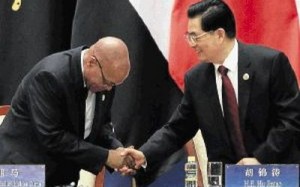