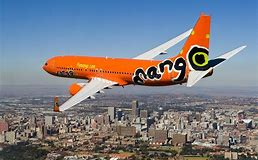 An investigation into a flight incident which occurred on a Mango Boeing 737 aircraft has unearthed the extent of South African Airways’ problems, according to a report in the Sunday Times.

Passengers on a recent Mango flight from Johannesburg to Cape Town were terrified when the aircraft suddenly nosedived, forcing the pilot to make an emergency landing in Johannesburg.

The incident was more of a “jolt” than anything else, according to a Mango Airlines manager, but the plane was forced to land nonetheless, with none of the 147 passengers injured due to the event.

This problem was attributed to a faulty part which was fitted by SAA Technical. Both Mango Airlines and SAA Technical are owned by SAA.

According to the report, SAA admitted that it has been infiltrated by an international crime syndicate which has supplied the company with suspicious aircraft parts and looted “hundreds of millions of rands”.

The preliminary investigation into the Mango Boeing 737 incident found that the defective part which caused the nosedive had no clear service history, despite being fitted by SAA Technical.
Corruption at SAA Technical

Meanwhile an expert told Die Vryburger that apparently, counterfeit parts are the main reason why the airline’s aircraft have become increasingly unreliable. A reliable source said it was determined that the Boeing 737 that was flown with was equipped with parts that were used as second-hand, and photographic parts.

Allegations have been made that “criminal entrepreneurs” supply the parts and get away with millions of rogue deals because Boeing parts are not purchased from the correct suppliers.