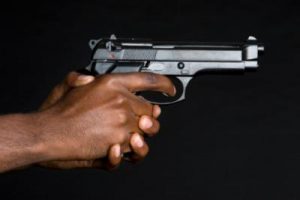 An innocent man on the verge of emigrating to Canada has been shot several times during a home invasion in Rustenburg. George Spalding (54), who was going to emigrate to Canada shortly, is now being treated in the ICU of Rustenburg provincial hospital after he was shot at least 4 times by a home invader in his Cashan, Rustenburg home on Thursday morning.

The incident happened between 0300-0400 when Spalding was sleeping, when he heard a noise which woke him up. When he opened the door of his sleeping room, he was shot several times by the home invader, a black man, who came shooting down the passage. The intruder then fled with a laptop.

The shooter had gained entry to the house by breaking a window and forcing open the burglar bars. Spalding got into his vehicle and drove to the street and made a noise with his car’s horn but nobody around him wanted to come out. Spalding then drove several kilometers to the home of friends where he again pressed on his car’s horn. Luckily people there, including his friend, went out of their houses and called for help and assisted Spalding to get to the hospital. Police are investigating, but no arrest have been made. 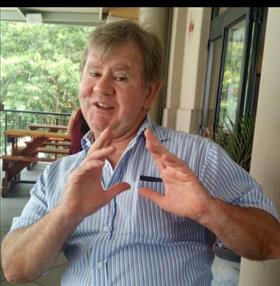 See also: Yet Another Foreign Tourist, From America, Hastily Flees Back Home After Being Robbed At Gunpoint in The Rainbow Sh*thole