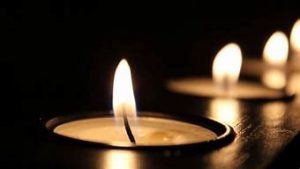 South Africa is getting closer to the risk of a total nationwide power shutdown after Eskom applied Phase 6 load on Monday evening at 6pm, shutting down a region’s power for about 9 hours a day. This is due to additional technical problems occurring at the Medupi power station at Lephalale in Limpopo.

Phase 6 load shedding was switched back to phase 4 at about 22:00 on Monday and it will continue until 23:00 on Tuesday, Eskom confirmed late last night.

However, Eskom Chief Operating Officer Jan Oberholzer later told Moneyweb that phase 6 could be scaled back by 23:00.

South African residents have struggled since the announcement of load shedding to get more information on phase 6 load shedding and load shedding schedules on the national power suppliers’ website. It has also been indicated that there is limited access to Eskom’s website. Furthermore, the Cape Town metro’s online load shedding links were also not operational.

Meanwhile, Eskom is trying to appease consumers by saying that phase 6 load shedding is no cause for concern, as they are effectively control the system.

According to a statement issued by the state-owned entity, technical teams are working throughout the night to get power generation units back up and running as soon as possible. According to the statement, after 2015, Eskom and municipalities saw the need to extend load shedding phases to eight.

Acting parliamentary leader of the DA John Steenhuisen on Monday warned that South Africa is now moving on uncharted territory, which will be devastating for the economy, job creation and growth. Steenhuisen says it’s time for the government to tell South Africans what’s really going on because he doesn’t believe Eskom’s excuse for wet coal.

Network 24 reports that Prof. Anton Eberhard, retired professor of electricity industry regulation at the University of Cape Town’s business school, says phase 6 has never happened in South Africa. He warns people to expect several extended periods of power outages in the future, with many regions not even having time slots for Phase 6.

According to economist Mike Schüssler, phase six load can cost the economy between R864 million and R1.294 billion per day.

“No economy can survive such a thing. How did we get here? Rather place Eskom in business rescue, just like SAA, so that the business saver can renegotiate coal and green power contracts. ”

Not so much “excuses” as wet coal and incessant rainfall, say the two analysts, Ted Blom and Chris Yelland.

This after Eskom warned Monday morning that some of its power stations are inundated due to the incessant rain in the north of the country leading to wet coal and further power generation problems.

Blom says that as things look today, South Africans appear to be having a “dark” holiday season with load shedding.

“The current problems appear to be far greater than the management’s ability to solve them. The increased load shedding phases prove this. ”

Yelland also said on Twitter that he could not believe Eskom was once again using the “poor excuse” of wet coal as a reason why less power was generated.

The first problem in South Africa is that most coal mines are open quarry mines, so extremely wet weather as at present is already creating problems for the people who have to lay explosives and excavate the coal.

Then, when the coal is loaded and dumped in piles, the finer coal particles cling together like glue and become like cement. “You can’t move it,” says Falcon.

Loading it in trucks, with conveyor belts or in the power station’s mill is also a problem.

Although the coal is slightly drier when milled through the mill, there is still moisture in the milled coal and the calorific value is lower because energy is consumed to get rid of the moisture first before it can be burned to generate steam. .

In the end, 1 t of wet coal therefore produces less kilowatt-hours of electricity than 1 t of dry coal, Falcon says.

Why Eskom now uses wet coal as an excuse while it is still raining a lot this time of the year in Mpumalanga, Falcon says after ordinary thunderstorms the coal is allowed to dry out, but the current continued rain means there is no chance of the coal to dry out.

The groundwater levels also rise and the water does not drain away.