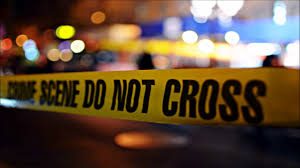 A team of seasoned investigators spent several hours at a scene of house robbery that took place at a smallholding in Grahamstown on the afternoon of 3 January 2018, where two suspects were arrested on scene.

A little after 17:00 local security officers responded to a panic alarm and called on the SAPS for backup.

His condition is reportedly critical but stable. The second victim was unharmed but severely traumatized.

At this stage it is not known what had been taken and how many suspects have been involved. Several bags with items packed into them were found at the scene.

Any person with information that could assist the SAPS in their investigations can to contact their nearest police station or the crime stop number on 086010111.

All information is strictly confidential and the caller has a choice to remain anonymous.