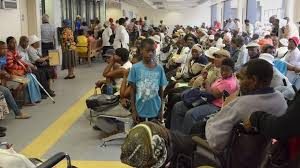 The government’s plan to steamroller the National Health Insurance (NHI) through Parliament and to have it promulgated as legislation will cost South Africa dearly.

Last month, the FF Plus warned in Parliament that adopting the NHI as legislation and enforcing it will cause experienced medical professionals to leave the country.

The Minister of Health, Dr Zweli Mkhize, is being obstinate in his attempts to get this law on paper so that it can be implemented, however, he is still unable to provide clarity regarding how the NHI will be financed and what the role of medical aid funds will be under the NHI.

Everything seems to indicate that the government is aiming to get rid of medical aid funds with the NHI and that will surely deliver another significant blow to South Africa’s already struggling economy.

South Africa’s taxpayers will become overburdened with the NHI and will not be able to afford paying the compulsory contributions to the NHI, medical aid contributions as well as the already high taxes.

The government’s plan to use the NHI to upgrade the dilapidated infrastructure at state hospitals will also not work and the FF Plus is of the opinion that the NHI will only be implemented as means to obtain more funds from the taxpayer and commit even more corruption.

Shortcomings in the proposed legislation are setting alarms bells ringing seeing as the proposed law does not even specify which services will be covered by the NHI.

Another big problem is the fact that patients will not be able to see a specialist because the NHI will not pay for it before the patient is registered at an NHI-accredited primary health facility and the facility refers the patient to a specialist.

If the government is failing to provide proper health care to patients at state and provincial hospitals at present, what will happen in the future with the new plan?

The FF Plus will keep fighting against the NHI on all levels of government in the country. The FF Plus will fight in Parliament, in the National Council of Provinces as well as in the provincial legislatures.