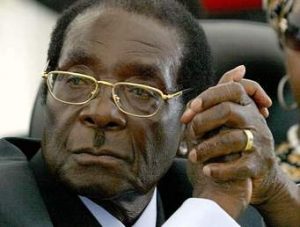 ANC President Cyril Ramaphosa’s praise of Robert Mugabe has drawn sharp criticism from his own and liberal ranks.

Ramaphosa’s description of Mugabe as an “outstanding leader” in Africa, according to the media, is a slap in the face of millions of Zimbabwean residents who had to flee to SA because of Mugabe’s policies and human rights violations. Ramaphosa is now openly described as characterless and a chameleon who will say so today and tomorrow will change his position again just in favor of his listeners.

The views that show that things are going even worse with South Africa than Zuma was in power are accepted from several places, and there is the suspicion that he will not serve as president for long.