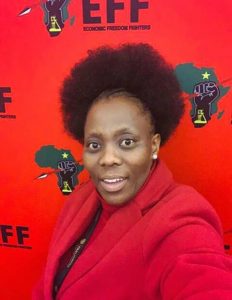 Bank account of  Cyril Ramaphosa’s ANC presidential campaign, known as the CR17 , is back in the news.

ANC leaders will convene a meeting to discuss the latest incident, which allegedly found that the EFF’s MP, Tebogo Mokwele, received R40,000 from Ramaphosa’s CR17 account. The EFF apparently confirmed that the MP did receive the money from the CR17 account.

An ANC Deputy Minister of Security, Zizi Kodwa, and the Minister of Transport, Fikile Mbalula, also each received an amount of R40,000 from the CR17 account.

The payouts to ANC ministers could probably be explained by a statement, but experts say the payout to an EFF MP sounds fishy.

It is believed that the payout shows that the ripples on the ANC waters has changed into waves.

An ANC spokesman said in response to the reports that there was nothing suspicious about the payments made, and the amount paid to the EFF member was because the person was in great distress!