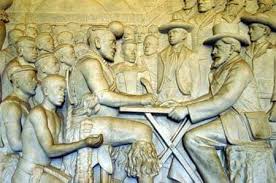 Farmers shouldn’t see themselves as an island, President Cyril Ramaphosa told wine farmers and businessmen when his campaign trail took him to the Beyerskloof wine estate outside Stellenbosch.

He said farmers should be part of the solutions facing the country, and they should embrace change.

Ramaphosa said South African farmers were really good, but that the country also came from a “very sad history, a terrible history, particularly on issues of the land”.

He said, as he did in his State of the Nation Address last year, that land was South Africa’s original sin.

“The future is a good future if we all work together.”

The solution was not to be isolationist, he said.

According to Ramaphosa, individual farmers found ways to address the “horrible past” and include their workers in a brighter future.

“Let us look at land reform in a positive way, rather than a negative way.”

He said, while the process to amend the Constitution to allow expropriation without compensation was ongoing in Parliament, there was a need to look at practical ways of implementing it. He said the Expropriation Bill, which would also be introduced to Parliament soon, was “quite progressive”.

“The land reform process is something we should never fear. It is going to be done in terms of the Constitution.”

He said everyone should feel that the Constitution was working for them – landowners and the landless.

Ramaphosa said farm evictions remained a challenge in the Western Cape and asked farm owners to treat their workers with humanity, but the farmers are not treated with humanity.