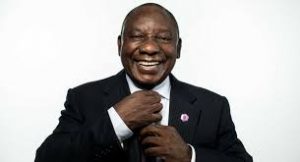 Ramaphosa acknowledged in parliament on Thursday that South Africa’s financial resources were depleted while the country’s development needs were enormous. He did not say straightforwardly whether he supported “prescribed assets”, he said later, the pension fund industry and other stakeholders needed to talk about using pension fund assets to support the country financially. The country’s money is running out and South Africans’ pension fund assets are becoming an increasingly likely target for the government to pull the wagon through, it became clear on Thursday.

According to Ramaphosa, pension fund assets in other countries are used to invest in the development of the country and pension funds achieve good returns from infrastructure projects in particular. He says the trade union Cosatu supports its view that workers in SA’s pension money are used this way. According to Ramaphosa, this is considered positive by the investor world. So far, trade unions have been critical of the idea that their members’ pensions can be used to keep struggling state businesses afloat.

Network 24 reports that on an initial question from DA leader Mmusi Maimane about the ANC’s plans to force pension funds to invest in state projects, Ramaphosa says policies will follow the interests of “our people in South Africa” and promote the interests of pension fund members – including union members.

Hill-Lewis believes Ramaphosa’s answers are the closest so far to an official confirmation that the government is indeed going to prescribe pension funds where to invest their assets.

“It is an unacceptable and reckless policy proposal, and comes straight from the apartheid government’s policy. This should be opposed by all South Africans. It will be a blow to investor confidence in South Africa, will damage the entire economy and make it more difficult to grow the economy and create jobs, ”says Hill-Lewis.

Unemployment is the biggest risk for the country, Ramaphosa says.

Therefore, a second South African investment conference will be held from 5 to 7 November.

He concedes more needs to be done much faster to combat unemployment.

“There was no malice, delinquency or misuse of public money or resources.”

In response to a question from DA leader Mmusi Maimane, Ramaphosa denied he had appointed these four in his cabinet as a reward for their role in the campaign. He says the money was for legitimate purposes to ensure the campaign moves forward. – Philda Essop

Maimane asked Ramaphosa about a letter thanking the ANC Bosasa for a R3 million donation.

He wanted to know if the ANC would pay all the donations it received from Bosasa over the past 15 years to the taxpayers because that money flowed “from the proceeds of corruption”. DA officials then distributed copies of the letter to journalists in the press gallery.

Ramaphosa asked Maimane the letter and said he would think about it.

DA chief whip John Steenhuisen jokingly said the letter was short and the DA was willing to wait while he read it, but Thandi Modise, speaker, would not allow it.