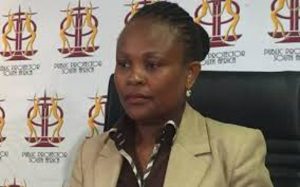 The already beleaguered Public Protector, Busisiwe Mkhwebane, is now attempting to deny any commitments with BlackLandFirst (BLF) with her investigation into the Absa Bank Corp lifeline.

She went so far as to withhold certain documents and in a sworn statement denied that BLF filed a complaint with her.

Maria Ramos of Barclays Africa filed papers at the Pretoria High Court, which among other things revealed these allegations.

Her job and her competence are increasingly in jeopardy and time will tell whether Zuma will support his “protege.”