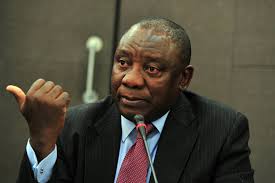 “From now on, every model will be seriously monitored, and those who show up with corruption plans will be asked to leave,” was ANC President Ramaphosa’s warning during the kick-off opportunity of his R25 billion project.

The two projects being undertaken are of paramount importance and can have a significant impact on many people in the area’s lives if managed properly.

The projects have apparently attracted the interest of various institutions that have bought in, and are apparently part of a so-called multi-billion Rand development model of the district.

Waterberg District is believed to be leading the mining towns and agricultural divisions involving factories, and the program is expected to reduce the unemployment rate currently being experienced.