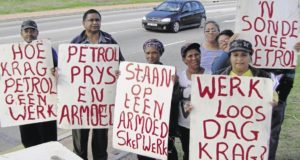 With the latest announcement from Telkom regarding the retrenchment of nearly 3,000 employees, the mining industry has also warned that they will be following the same route.

Glencore and Merafe are also retrenching due to the poor economy and the extremely expensive electricity.

Unconfirmed reports indicate that about 1,000 jobs have been compromised, of which 660 are at the Rustenburg plant.

The announcement makes the list of larger institutions starting retrenchments longer, and financial experts say it is the beginning of an ever-growing list, which could cause an alarmingly high unemployment rate.