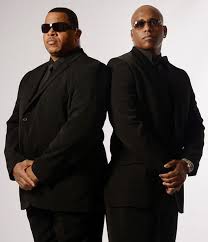 The investigation into the murder of former ANC Youth League secretary general Sindiso Magaqa has stalled and may never yield results, say highly placed intelligence sources, with one explaining that politicians have issued instructions to stop the inquiry.

“The people who were involved are known and there is little police can do about it. We get instructions that umntu omdala [the elders] said the case must be dropped or else. There is no incentive for officers to risk their families and their livelihoods to be heroes here. You simply file a report that there are no further leads,” said one source.

This, he said, was an example of how izinkabi (assassins) and politics intersect.

Magaqa, who was shot in July in an ambush in southern KwaZulu-Natal, was one of more than 80 people involved in politics to be murdered in the province in the past three years.

Last month, Minister of Police Fikile Mbalula said that one of the suspects involved in the murder had been shot by police during a foiled cash-in-transit heist. The police said they were very close to capturing the second suspect. But there has been no further progress.

And one intelligence source said there will be no arrests in this case, as in many others. “That is not a coincidence. How can the police arrest people they know, people they work with in the security sector and are at the same functions?”

The source said that, besides instructions to drop investigations, the officers often get death threats when they start making progress.

“The reason there are scant results is simply because the assassins are very close to the politicians. How does one unravel such a system?”

But the world of assassins is not as murky as government and police would have us think.

This is according to a taxi owner in the north of KwaZulu-Natal. The elderly man, Mhlathi, who did not want his real name used, said there was no science behind why councillors and politicians were being assassinated.

“Back in the day when taxi wars were rife, we ran izinkabi. We fought for routes, which would lead to more money. It was a bloodbath. But things have changed now,” he said.

His flashy watch and DK shirt are the only signs of Mhlathi’s wealth — he says he likes to keep a low profile.

He laughs at the Moerane commission, which is wrapping up its hearing into the political killings, saying that there have been others before it and there is little hope of eradicating political murders in the province..

He unravels the system that goes back to the days of taxi violence. “Once the taxi industry became more regulated and there was less of a need to kill for routes, izinkabi had little to no work. I’m not saying they became obsolete, but there isn’t much work for them anymore.”

A new line of business, according to the taxi owner, became politics, where positions are more fiercely contested.

“Politicians saw an avenue to make money, protect themselves and ensure the positions they wanted could be realised,” he said.

This led to the emergence of new security companies, which hired the same people who had been assassins in the taxi industry.

Mary de Haas, violence monitor and analyst, agrees that there is a close relationship between the taxi industry, security companies and politicians, which has seen new companies pop up, get permission for guns and then disappear. And it is not clear what happens to their weapons and whether they are regulated.

“There are also people with criminal records working as security guards [which is illegal], yet the Private Security Industry Regulatory Authority [PSiRA] has done nothing about it. There are large quantities of guns in the hands of security companies, some of whom guard taxis, and I suspect that there are not nearly strict enough controls over them,” she said.

Security regulatory authority spokesperson Oupa Mamabolo said it has a process that would not approve* convicted security guards. “Should an applicant be found to have been previously convicted in the past 10 years and/or having been investigated for any scheduled criminal offence(s) stipulated in the PSiRA Act 56 of 2001, we automatically decline the application.”

He added that licences to possess and use firearms for business purposes such as in security companies are regulated by the South African Police Service’s Central Firearm Registrar.

Another taxi operator said that politicians would not have private security guards they don’t know.

“The people brought into these companies to provide security are known izinkabi who have killed people before. In the taxi industry we call them amabokoboko, security detail that does more than just protecting,” he said.

Mhlathi said that, if one takes a closer look at the security companies, who they are “protecting”, and which government buildings, one is a step closer to connecting the dots.

He said the system could not be broken because everyone wants money and in government the easiest way to get it is through tenders; the taxi industry fought over routes and now the fight is over tenders.

De Haas said that weapons in these cases usually come from security companies. “Just before Polokwane I tipped off a senior government official in the security sector about a large number of security company guns allegedly being sent up to Polokwane, and he indicated he was going to follow up with the police but expressed misgivings about whether the police could be relied on to do a proper job.”

Mhlathi said it’s not only councillors fighting each other for positions. Sometimes people in higher positions, such as mayors, use izinkabi when they need to have trustworthy accomplices in certain seats.

His description of the system seems to be in line with the tragedy of the slain Magaqa, S’bu Sithole and dozens of others who were vocal about corruption and the forced appointment of councillors.

According to the intelligence source, Magaqa’s case is quite straightforward, involving known people fighting with him about the nonexistent renovations of the uMzimkhulu Memorial Hall.

“It is well known who he was fighting with about the corruption and tenders in the municipality. Instead of starting there, we are going on a wild goose chase. It is not beneficial for certain people to be connected to this, so the real perpetrators can’t be found. It’s not a coincidence that, like other high-profile cases, the suspects are shot and killed by the police. This [investigation] is just a smokescreen,” said the source.

But Mhlathi warns that once the problematic people have been removed from the system they will turn on each other. “You can’t breed izinkabi and then not provide them with sustainable work. Once there is no work, you will start seeing bodyguards killing each other. The tide starts turning.”

De Haas says that the political violence persists because the justice system is dysfunctional. “There is political interference in policing, so good police members may not be deployed to investigate sensitive cases, or be given sufficient resources to do so. It all goes back to gross mismanagement. Crime pays, so it continues, including by using hitmen.”

Hawks spokesman Hangwane Mulaudzi said the allegations about Magaqa were “baseless” and meant to undermine the investigation. “The Hawks do not report or get instructions from anyone.” He said one suspect had been identified and the Hawks were investigating other suspects.