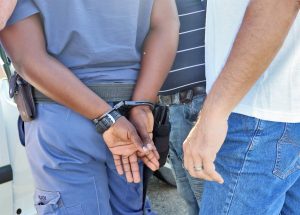 A 34-year-old female constable from Bloemfontein was arrested on Tuesday night after renting out her service pistol to criminals to rob her unit’s office in for alleged firearms, including assault rifles to be used in other crimes.

According to the Hawks national spokesman, Brig. Hangwani Mulaudzi the police’s intelligence unit in Bloemfontein and officers from the Hawks’ serious crime investigation unit have set a trap for the officer. Police used undercover cops that they posed as criminals. The constable was captured after allegedly “borrowing her weapon for the criminals” to carry out the robbery. Mulaudzi says she apparently told the the undercover cops which firearms are in the safe at her office. They met the officer at about 22:00 at a gas station in King Edward Road in Willows, Bloemfontein, showed her the “stolen firearms” and paid her R30 000 for the use of her service pistol.

According to Network 24, the woman will appear in the local magistrate’s court on Thursday on charges of corruption, conspiracy to commit robbery and firearm theft.

* Lt. Gen. Moeketsi Sempe, provincial police chief, said at a media conference last week that the Free State’s crime statistics were discussed, in the previous financial year 62 police officers in the province were charged with various crimes, including corruption, fraud, theft, death in custody, murder, stock theft , business robber, stay away from work and dismissed for reckless and negligent driving.