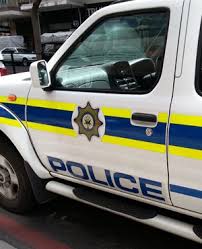 A man of Balfour alleges that a police constable hijacked him and his wife last weekend at Balfour in Mpumalanga.

For more than two days, a constable of Mpumalanga tried to evade his colleagues before he surrendered himself and was arrested. The police officer in connection was accused of hijacking a couple last weekend.

Police spokesperson in Mpumalanga, Brig. Leonard Hlathi said that the 33-year-old constable was stationed at the Balfour police station on Saturday night. It is believed that the officer pulled over a car on the side of the road while he was driving one of the stations state vehicles.

The incident came to light on Sunday, when one of the victims, Vusi Tshabalala, shared photos of the alleged hijacker and a hijack video.

“We were hijacked by a police officer [sic] yesterday. His name is Gcinumuzi J. Mashinini. It happened on the R23 at Balfour, and this police official works in Balfour’s police station. ”

Hlathi said that according to the information at their disposal, the officer in question walked to the victims’ vehicle and ordered the driver and his wife to get out. “The suspect then hijacked the couple’s vehicle while aiming a firearm on them. He then left the state vehicle there.”

The incident allegedly took place on Saturday night after dark.

The twiet placed by Tshabalala on Sunday has already been posted nearly 700 times and about 50 users commented on the post . One person wanted to know what happened to the official’s vehicle and if he alone was responsible for the hijacking. “He left it on the scene,” answered Tshabalala.

Tshabalala shared photos of the alleged hairdresser on Twitter.

He claimed he had complained about the incident at the police station. “They said another officer had booked the vehicle last Thursday …. He probably did not booked it out, so that it could not be traced back to him. ”

Many users accused Tshabalala of sucking the incident out of his thumb, but one Boitumelo said, “That’s true. [The officer] is missing with that vehicle. My dad is a policeman at that office.

“[The alleged hijacker] left the van together with the keys [on the scene].

His colleagues did not hear from the constable until he handed him over on Monday night. During his arrest, the victim’s Polo Vivo was recovered as well as the state’s firearm which he allegedly used during the hijacking.

The constable is expected to appear in Balfour Magistrate’s Court on Wednesday, on charges of motor hijacking, the unlawful use of a state vehicle and theft of a firearm.

Lieutenant General. Mondlia Zuma has expressed his concern over law enforcement officers’ involvement in crime. He warned police members no criminal or corrupt elements would be tolerated in SAPS.

Two weeks ago three police officers were arrested for their share of rhino poaching in the Kruger National Park during a joint action. The three are detained for their bail hearing on Monday in the White River Magistrate’s Court.