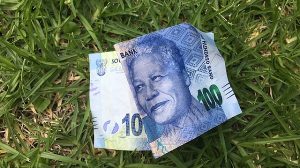 BEE administrator loses millions of pension funds – Pension funds of Anglo Platinum, invested in the (BBF), administered by Bophelo Benefit Services, a subsidiary of Mvumonala Holdings, may be lost due to fraudulent activities.

It is estimated that as much as R560 million can be involved. Apparently, the company ‘cooked’ its 2016 financial statements to cover the losses.

According to the state, the fund has two properties in Johannesburg worth R255 million, plus additional shares worth R323 million. However, it appears that the properties are registered in other companies names, which means that the assets of R255 million do not exist. However, a senior official of AGPF believes that there is nothing left in the fund.

Mvunonala Holdings was founded by Bongani Mhlanga, formerly involved in the Mantadia Asset Trust Company. Mantadia was the administrator of R1,3 billion retirement money left in the Fidentia scandal for which J Arthur Brown has been in jail for 15 years.

Mhlanga is apparently a Zimbabwean citizen who seemingly has received his South African identity document through false information, and was deported earlier this month to Zimbabwe.