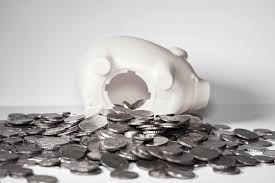 There are speculations in government circles that the Trillion Rands currently in pension fund managers’ hands should be used to get South Africa out of its financial predicament, and not just to use the Eskoms, SAA, SABC etc. But believe me there are many other obscure motives behind the discussed move.

When the IMF joins, there is more room for the government and its gangs to put their hands on funds intended for service delivery and infrastructure creation.

Everyone who has contributed faithfully to such funds is in for a hell of a shock. Don’t think they will stop them, the parasites won’t stop them from laying their hands on those large sums of money,

Only one pension fund will be created for all workers with equal benefits as our communist government wants everyone to be equal. Only comrades will benefit. Then they are in control of all pension funds and the money can be manipulated just like they want until there is nothing left.

Those who do not yet realize communist realities must now focus your attention and pay attention in class.