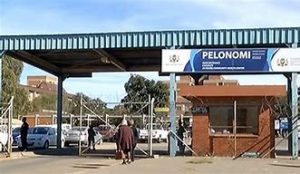 Seven babies died in the neonatal unit of Pelonomi Hospital in Bloemfontein within eight days.

Mondli Mvambi, the spokesperson for the Free State Department of Health, confirmed the death of these newborn babies between December 2 and 10.

Mvambi says the sudden rise in mortality in the neonatal unit is been investigated.

“We found the department had taken neonatal babies with an average weight of 600 g on average last month.”

The lower the weight at birth, the higher the risk of illness and death, he says.

“We find that our community is less and less concerned about the rules and procedures regarding antenatal care.”

He says generalization is dangerous.

“However, there is an increasing number of young mothers in the province giving birth to stillborn babies and most of these cases come to Pelonomi.”

We find that our community is less and less aware of the rules and procedures regarding antenatal care.

There are also cases of abortions in back alleys that failed, and then the mothers are taken to the hospital to make it look like an ordinary case of a stillborn baby.

In several cases where infants were born or very prematurely, the department finds that there were no indications of antenatal care and, for example, the mothers did not attend classes at the hospital.

“There are also cases where births are induced, but with drugs that are not good for the unborn baby and the mother.”

There is also a tendency for mothers to disappear after birth.

“In most cases, it is teenagers and young mothers who are apparently not ready for the responsibility of motherhood.”

He says state hospitals welcome feedback so their care can be constantly improved.

“However, the newborn babies are always looked after in our hospitals and they are never neglected.”

* Rumors are circulating that nurses refuse to be interrupted by patients during their prayers on Tuesday mornings. Mvambi denies this.

“We have monitors for every child in our care that allows us to respond quickly.”

He says the nurses’ prayers never last longer than 15 minutes.