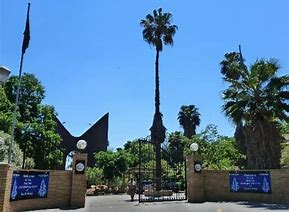 The national zoological gardens are the largest zoo in the country but visitors felt that management was failing to provide a suitable habitat for the animals.

The welfare and care of animals at the Pretoria zoo has been questioned by animal lovers, Rekord North reports.

The national zoological gardens are the largest zoo in the country but visitors felt that management was failing to provide a suitable habitat for the animals.

Concern was raised about allegedly underfed animals, the bad smell at the flamingos enclosure, some of the animals’ water that has not been replaced in days, and the elephants’ enclosure had no water during December’s scorching heat in Pretoria.

An animal lover who recently visited the zoo and asked to remain anonymous said that justice must be done.

The visitor also claimed that there was no running water in the flamingo enclosure.

“In some areas, the smell is so bad we had to turn around. It is unbearable.”

The Apies river that runs through the zoo, is impacted by pollution from the surrounding CBD.

“The river is covered with rubbish.”

Director of conservation and animal collection of NZG Tracy Rehse said that the welfare of the animals was their primary focus.

“All animals get freshwater and are monitored by animal keepers. Apies river is indeed a concern for us, and we are monitoring it regularly to remove all waste that is thrown into the river.”

She said that waste was cleaned regularly, to ensure that the area around the river was free of waste.