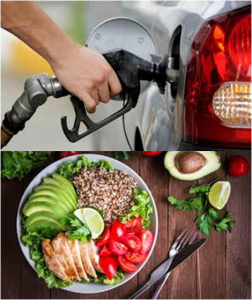 Increasing rand weakness against the dollar will not bode well for the fuel price in October, Minister of Energy Jeff Radebe warned on Wednesday evening.

“As a result of the weakened exchange rate, the October outlook is a major concern,” Radebe said at a National Assembly debate on the escalating fuel price.

The minister attributed the rising fuel price to international oil prices, and increases in the fuel and road accident fund levies which were approved by Parliament earlier this year.

The debate was requested by Inkatha Freedom Party’s Mkhuleko Hlengwa, and while the ANC has attributed the rising fuel price to external factors, opposition parties have criticised the ANC’s governance for being the reason for the record high fuel prices.

During his opening address, Hlengwa argued that government has control over the taxes and levies factored into the fuel price. “The government is complicit in the oppression of the very people it is mandated to serve,” said Hlengwa.

He called for government to suspend the fuel levy until the global oil prices stabilise.

DA MP Gavin Davis had highlighted that the weakening rand had been a function of negative market sentiment, created by the ANC’s doing through announcements about expropriation of land without compensation. “The ANC has control of policy choices and the choices impact on our currency and the cost of fuel,” he said.

EFF MP Mogamad Paulsen blamed the rising fuel prices on the government’s mismanagement of public finances and the shortcomings in collecting revenue. These costs have ultimately been passed down to workers and the poor, he explained.

The ANC’s Fikile Majola said that simply scrapping fuel levies would take SA down a path of economic recklessness. He further made examples of how the fuel price is hiked almost daily in India, and indicated that in the grander scheme of things, South Africa’s fuel hikes are less frequent and much lower than global rates which are higher than inflation.

Citing Bloomberg research, Majola said that the fuel price increased 6% in the past three months and 15% over the past year. “SA is not even in the top 10 of countries with the highest fuel prices in the world. But we accept fuel prices are still high.”

Majola had listed long term solutions, the first being that South Africa build its refinery capacity as the country is still dependent on imports which are influenced by the exchange rate volatility. Secondly South Africa should look to producing fuel from coal and gas. We should also look to have alternatively operated vehicles, for example have gas-powered buses and start building infrastructure for electric-powered vehicles.

In his closing remarks, the minister said that South Africa would be in a better position if it would produce its own oil and gas, which is why investment in these areas is required.

He said that regulatory impediments to exploration must be removed. The Department of Energy would be looking to accelerate efforts relating to exploration. Government has also recognised the need for a world-scale crude refinery, in which South Africa has a stake. There are talks of a co-investment with Saudi Arabia in a refinery.

Radebe added that a task team, consisting of his department’s officials and National Treasury, is reviewing the basic pricing system of the fuel price. The team is expected to report progress before the end of September.