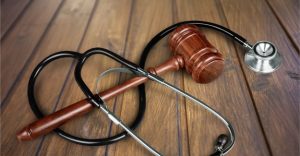 Emalahleni gynaecologist Danie van der Walt was sentenced to five years in jail for culpable homicide after one of his patients died after giving birth.

He had earlier been found guilty of gross negligence.

Witbank magistrate Merlene Greyvenstein said Van der Walt had failed to do everything a specialist of his calibre should have done to save the life of Pamela Daweti, who bled profusely after giving birth to a baby girl, Lisakhanya, on August 11 2005.

She died a day later.

“I find that the death of the deceased could have been prevented,” Greyvenstein said.

She granted Van der Walt leave to appeal both his conviction and sentence.

Van der Walt waited in the holding cells while his family paid his R10,000 bail.

“The court has done everything in its power to ensure justice was done. We appreciate that. This has taken a strain on all of us. We will now start the healing process,” he said.