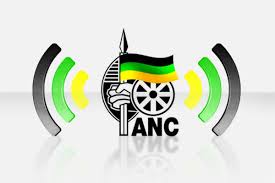 The African National Congress’ plans to launch a mobile network called ‘ANC 1912 Mobile’ could be hanging in the balance.

The African National Congress’ plans to launch a mobile network using Cell C infrastructure and called ‘ANC 1912 Mobile’ are apparently hanging in the balance because of infighting.

Mbindwane has apparently roped in his own risk management company Zoetic disrupting the balance of the deal which was set to give media personality Majota “Phat Joe” Kambule a 51% stake in the venture.

Thanduxolo Jika wrote in his report for the Mail and Guardian:

“Documents seen by the M&G show a breakdown of the shareholding of the project, with the project’s ‘brain’, Kambule, set to get 51%, Impepho 22%, the Umkhonto weSizwe Military Veterans Association 5%, other unknown entities 15% and 7% for the ‘Vatican’. In communications between Nkadimeng and Kambule, ANC headquarters Luthuli House is code-named the ‘Vatican’.”

The head of Impepho Emhlophe Risk Managers, Joseph Nkadimeng, told the Mail and Guardian that Mbindwane had compromised the integrity of the project.

He said: “Bo [Mbindwane] was introduced by Mbalula to us as the risk manager for the elections and then he was now bringing his own company, Zoetic, so that he can benefit from the deal. So he [Mbindwane] went to Cell C to negotiate on behalf of the ANC without Impepho, even though it was Impepho that brought it to the ANC

“Impepho is going to litigate unless the impasse is resolved. It is unfortunate that both greed and arrogance superseded the humble intentions of Digital [Broadway] and Impepho activism to promote the ANC’s election manifesto and campaign. It is also unfortunate that this has compromised the integrity and reputation of the ANC election committee chairperson, comrade Fikile Mbalula, who has keenly supported [the platform].”

Mbindwane was tightlipped about the project and insisted that all questions regarding ‘ANC 1912 Mobile’ should be directed towards the party itself.

“I do not know what you are talking about — please talk to Pule Mabe or Fikile Mbalula or Paul Mashatile. They speak for the ANC. I just work there now and again,” he said.

“My work in the ANC enables me to continue as a businessperson in general and a researcher alongside my ANC activities. I am able to do all three professionally without any conflict of interest arising. If ever it were, this is ventilated accordingly within structures.”

“There are people who have made it a career to milk the ANC and make their entire living off it. This must stop.”

Champion of the project Fikile Mbalula denied that it had reach any impasse and accused Nkadimeng of bringing media scrutiny onto the project in order to protect his business interests.

Mbalula: “He [Nkadimeng] is basically exposing us to unnecessary scrutiny in an election campaign. There is nothing that is being stalled. Whether it moves ahead will depend on … time because it’s a huge project and we are not comfortable to talk about it. He is exposing it to the media because he’s got financial interests. He basically thinks he is being knocked down. I don’t think it is proper to discuss Nkadimeng and his frustrations and his money-making schemes.

“Nkadimeng has got many issues, which we don’t need to discuss with the media. There is no impasse; he’s got issues himself which are monetary. Everything that comes to us as a proposal, we don’t just pass it, we scrutinise it, we look at what are the interests of the ANC. There is no conflict whatsoever.”

The ANC are eager to distance themselves from Nkadimeng who has been linked to the VBS heist.

“The ANC did not licence … It would never have licensed to him due to his past and present issues including VBS [Mutual Bank] involvement and taking of former TG [treasurer general Zweli] Mkhize to court and other various matters.”