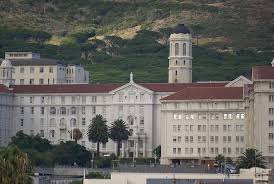 The Western Government Health Department will be investigating a young mother’s claims that she nearly bled to death after suffering a miscarriage, while nurses ignored her and ate their cereal at Groote Schuur Hospital.

The woman says she lay for seven hours in a heap of blood clots “the size of her fists”, while the dead baby lay between her legs.

Saadijah Samuels Abrahams, 28, of Bridgetown says nurses ignored her desperate cries for help and, afterwards, a cleaner dumped the foetus in a bin.

“I wrapped the baby inside tissue paper and left it at my bedside and when I came back, the nurse said she didn’t know what happened,” she says.

“When my husband was finally allowed inside the ward, he put on gloves and found the baby inside the bin. Can you imagine that? To find your baby inside a bin?”

Saadijah was 14 weeks pregnant with her second child and says she was excited to be giving birth in July.

However, on 13 January she started bleeding heavily and was rushed to Groote Schuur’s gynaecology emergency ward.

Saadijah, who works in finances and has a one-year-old daughter, says she was aware that she was miscarrying by the next day.

“I was alone in the ward and was given medication. When the blood started coming out with the clots, it looked like large livers the size of my hands,” she explains.

“I tried to clean it myself, but the contractions and pain were so bad, I just made du’ah (prayer) so I could go home to my daughter.

“There was so much blood and clots, it went up to my back and the scarf I was wearing.

“I was so weak. I called out to the nurses and said I needed to be changed. Only one answered, [saying] ‘yes, Mrs Abrahams’, but no one came inside the ward.

“I took pictures of the one nurse preparing [cornflakes] and of the other eating lunch.”

Saadijah says she held her dead baby in her hands.

“I cried all the time and saw my baby, which was the size of my finger, lying between my legs and there were tiny fingers,” she sobs.

She says nurses only checked up on her at 2pm and by that time she was at death’s door.

“They said they are preparing me for surgery and that they need to remove my womb if they can’t stop the bleeding, and that I am dying,” she says.

She has since lodged a complaint against the hospital and will be meeting with authorities tomorrow: “I am just glad I am alive to see my daughter and my family, but people need to know what happened.”

Mark van der Heever, of Western Cape Government Health, says they will be investigating: “The department extends its heartfelt condolences to the Samuels family for the loss of their baby.

“Groote Schuur Hospital management has already attempted to contact Ms. Samuels to discuss her concerns and the hospital will continue to investigate the allegations and discuss them with Ms. Samuels in person.”