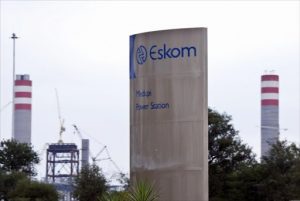 The National Union of Metalworkers of South Africa (Numsa), together with Transform RSA, have obtained an urgent court interdict at the North Gauteng High Court to prevent Eskom from concluding the outstanding renewable energy Independent Power Producer (IPP) products, including the power purchase agreements.

The full statement by Numsa reads:

The court found that our application meets the standard for urgency and therefore granted us the interdict.

Furthermore, the Energy minister was forced to give an undertaking in court that he would not sign the IPP agreements on Tuesday until the matter has been given a full hearing by the High court.

This is a victory for NUMSA. We joined this application with Transform RSA in order to protect the livelihoods of thousands of workers and their families.

NUMSA believes that the signing of these contracts would be detrimental for the working class of Mpumalanga and the country as a whole.

The signing of the IPP means that Eskom will require less coal fired electricity. This is likely to lead to the closure of the coal fired power plants and the impact will be that at least 30 thousand working class families will suffer because of job losses.

The IPP roll out will raise the cost of electricity dramatically, because IPP’s cost much more than coal fired electricity. The ANC government clearly wants to make the working class and the poor suffer even more than they do now.

Electricity prices will skyrocket because of the IPP roll out; while at the same time that VAT and the fuel price are going up, workers are being paid slave wages of R20 per hour and less.

The combination of all these factors will have dire consequences for the working class and the poor.

NUMSA is a recognized trade union at Eskom, and we demand the opportunity to make submissions to NERSA, Eskom and the Energy minister on the IPP contracts and the implications for our members and their families.

Eskom was planning to sign these agreements despite the fact that a previous application, by the Coal Transporters Forum to interdict them from signing is still pending at the North Gauteng High Court. They were attempting to impose this deal on us without consultation, but we stopped them!

The 27th of March 2018 has been set aside for a full hearing of this matter at the North Gauteng High Court. We are confident that the court will recognize that our rights have been violated and will look favorably on our application. We call on all our members to join us in court to defend their families’ and their livelihoods.