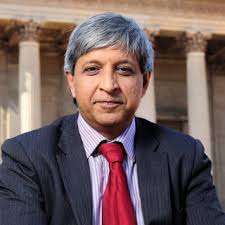 The brain drain and exodus from South Africa is not just whites fleeing, as mainstream media would have you believe. Even non white liberals like Wits University Vice Chancellor, Adam Habib, has announced his resignation from Wits and says he is also leaving South Africa, to settle in England, where he will have to survive without a BEE crutch.

Among the reasons he sites the shocking experiences from students’ parents who “offer to do something” for him if he lets their children be admitted to medical school and he looks after their child once admitted.

He also warned that the lawlessness had made him uncomfortable, and that left-wing extremists as well as conservative elements were destroying him, although we are not sure which “right wing” elements have been disrupting Universities?

He says these were just a few examples of the experiences he had at Wits, and in his seven years of service at the university he often had to take into account many unpleasant matters. This is not surprising given how Universities have become politicized hotbeds for civil unrest and violent agitation from marxist and far left wing elements in society.

However he says the team under him stood strong and did not comply with the many requests and demands they received, and that they rather defended the university’s integrity.

As usual, it is nothing new for liberals to flee a country once their liberalism has destroyed it. Many black South Africans are also claiming asylum in the West, after they have effectively destroyed SA.

See also: Minister of Police accused of corruption but strongly denies that he benefited from State Capture