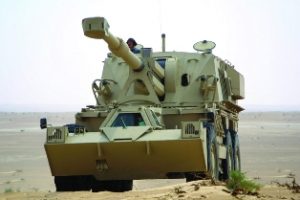 The state-owned arms manufacturer Denel has fired his head of finances, Odwa Mhlwana, after he was allegedly found guilty of fraud and unlawful use of funds.

Denel has now appointed Wim de Klerk in the position. He is currently the former CEO of ArcelorMittal and will soon begin his duties in the new post.

Mhlwana was temporarily taken out of office since June this year while investigating his alleged irregular actions.

Although De Klerk will temporarily act as head of finance, Denel indicates that they will make a new appointment by the end of November.

Denel is one of the state-owned entities that simply fail to function profitably, and must be regularly bailed out by the ANC government in order for them to fulfill their financial obligations.

The arms manufacturer is regularly in the news about ignorant people who hold senior positions and can not professionally carry out the responsible work.